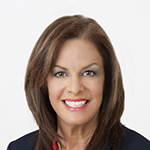 Cindy is an AV Pre-eminent rated attorney by Martindale Hubbell, has been a Florida Certified Circuit Civil Mediator since 1993 and was one of the first mediators in Florida to become a Florida Certified Appellate Mediator. Cindy is a panel mediator on the AAA / ICDR Roster of Mediators, is a panel mediator with the U.S. District Court for the Southern District of Florida, and was chosen to be a AAA mediator for the New York Sandy pre-suit program. She gained her AAA mortgage foreclosure mediation certificate for Florida Circuit Court foreclosures and has served as an EEOC Private Mediation panel member.

Cindy is a panel Arbitrator on American Abrbitration Association; and is a Qualified Arbitrator for Miami-Dade and Broward County Circuit Courts. She has been selected arbitrator in numerous disputes including international disputes with the AAA international center for dispute resolution.

In 2015, Cindy was profiled by Fortune Magazine for being selected as one of the Leading Women Lawyers by Martindale Hubbell and ALM Media. Cindy is a member of the Florida Academy of Professional Mediators, where she previously served as member of its Board of Directors. Cindy was honored to be voted by the Daily Business Review as one of the top three South Florida Mediators in 2013, 2014, 2015 and came in first place in 2016, 2017 and 2018. In 2019, Cindy withdrew her name from the competition to let others be recognized, and proudly mentor Daniel Field took first place instead. Cindy’s alternative dispute resolution practice is not limited to Florida. She has traveled nationally and internationally to as far away as Romania, in Eastern Europe and to Puerto Rico to mediate lawsuits.

Cindy’s charitable interests include being a Godparent to JAFCO, serving the needs of children in the foster care and adoptive process, and served as a member of the first Board of Trustees of the JAFCO Respite and Residential Center for Children with Developmental Disabilities. She was a member of the Women Executive Leadership and was twice selected by the Boy’s and Girl’s Club of Broward County as one of the 100 outstanding Women of Broward County. Cindy previously served as a member of the St. Thomas Law School Inns of Court and on the Executive Council of the Legal Aid Service of Broward, Inc.