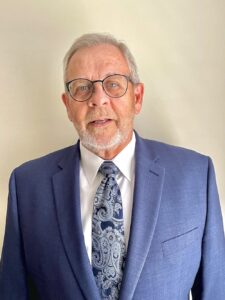 Kent S. Pratt, Esq. became certified circuit civil mediator in 2011 and is now dedicating his time to mediation, having closed his practice in 2021. While in practice, Mr. Pratt conducted dozens of mediations in a variety of matters. His years of practice and trial experience give him a fresh and unique perspective when mediating. No cases are too complex.

Mr. Pratt is an AV Preeminent rated attorney. Mr. Pratt was a Board Certified Civil Trial attorney from 1986-2021. In 44 years of practice Kent represented plaintiffs and defendants in personal injury cases, first party property case, construction litigation, excessive force police liability and workers compensation cases. He has handled cases in many of the circuits of Florida and Southern District of Florida.

Mr. Pratt was born and raised in New York before moving to Fort Lauderdale in 1965. He earned his Juris Doctorate from Stetson University College of Law in 1976 where he earned awards for trial advocacy.

Mr. Pratt practiced in West Palm Beach from 1977-2021. He was admitted to practice before the United States Supreme Court, the Eleventh Circuit, the Supreme Court of Florida, the Southern and Middle Districts of Florida. He was a founding member of his law firms with is last being Pratt & Radford P.L.

Mr. Pratt is available to mediate throughout the State of Florida in civil and workers compensation matters.