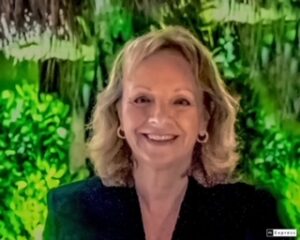 Laura Bonn, Esq., has served for many years as an adjunct professor and joined ATD Mediation & Arbitration, P.A. in 2007, where she has mediated over 1,000 lawsuits and pre-suit disputes throughout South Florida involving personal injury, wrongful death, admiralty and Jones Act claims, nursing home and elder law disputes, premises and auto liability claims, employment discrimination, ADA, wage/hour disputes and complex commercial cases. She strongly believes that a mediated settlement is the best resolution to any case and works tirelessly on behalf of the parties to achieve that goal.

Prior to joining ATD Mediation & Arbitration, P.A., Laura had a 23-year career as an Assistant United States Attorney for the Southern District of Florida. As a Senior Trial Attorney in the Civil Division, Laura handled both affirmative and defensive litigation, including cases in the areas of labor, employment and disabilities, personal injury, medical malpractice, constitutional torts, health care and nursing home cases. In 2005, Laura was voted by former and present Assistant United States Attorneys as the outstanding career prosecutor (Vince Antel Award.) As a Deputy Chief and staff attorney in the Criminal Division, Laura prosecuted health care fraud, bank fraud, tax and money laundering cases. She was a founding member of the United States Attorney’s Office health care and bank fraud working groups.

Laura grew up in Miami and graduated from the University of Florida with a Bachelors of Arts and received her J.D. from the Howard University School of Law in Washington, D.C.  where she was a member of the Law Review and a Book Award Recipient. Laura has been a member of the Florida Bar since 1977 and is a qualified arbitrator for the Miami-Dade and Broward County Circuit Courts.  She is an Adjunct Professor in the Litigation Skills Program at the University of Miami School of Law.